Why I Am Not a Commie?

First of all, when I hear the word “communism” being uttered by the mouths of conservative saxon conspiracy theorists I feel like we relive the Cold War and its proxies like Vietnam.

“Communism” for them means Stalin, totalitarianism.

Because for them, obviously, capitalism is all about freedom and dignity.

“Communism”, in their mindset, can only be understood as the endeavour of the state to regulate everything.

But, is that what communism, as for the concept per se, stands for?

The first vision of communism actually came with the Christians. But they did not want a totalitarian state, quite the opposite. Christianity emerged as a response to the oppression of Rome in the Near East, they were basically anarchists, who despised wealth and power all together.

And their vision was that of a world ruled by love, godly love, the love of brotherhood that would unite humanity into a single flock with no disparity in power.

Many ancaps have argued against this by saying that Christ respected private property, except that he didn’t. Up to the point where he goes to the market to vandalize and destroy its wares and goods. All because they were doing it in front of the temple.

So he condemns money and all that is tied to it.

Much, much later came Marx and his perspectives on capitalism, and those who have read Marx understand that it wasn’t him what produced the Lenins and the Stalins and the Maos of the century. The book itself is a critique to the state, in the very same stylistic fashion ancaps speak of government.

Marx says that ultimately the goal is to create a society that no longer requires money in order to function. And Konkin speaks of this too, it is the ultimate vision of a free market economy.

And it is perfect, it sounds perfect. Up to the point where all these doctrines touch the religious.

What happens with all ideologues is that they reach an ideal in their imagination that blind them from the shortcomings of reality, they just choose not to see.

I have explained this before, it is the relationship between reality and chaos.

Reality does not serve ideologies, it does not match ideology, it serves itself and it’s relentless.

So, is not that being Marxist is inherently evil, as neither is Capitalism inherently good, because they are interpretations of the social phenomena, not truths.

Stalinism was an oppressive government, the same way was Nixon’s, or the Bushes’, or Trump’s.

The USA is an imperialist power and Mexico is its subservient and corrupt satrapy. But which is commie? Capitalist? They all use government and money to thrive, it’s all the same.

What’s a freedom fighter? A libertarian crusader? Wherever there is a state there is this enemy? The state of the world, the dynamic flux of structures of power.

I’m no commie insofar I don’t have a fixed understanding for “freedom”. I’m “free” in that way.

Freedom for me, in its primordial sense, is emptiness, and this emptiness is inherently amoral. 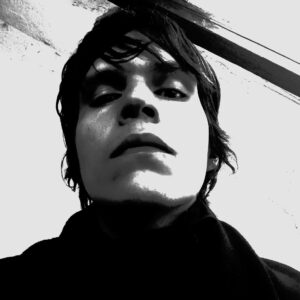